Marie-Antoinette With and Without Make-up

Posted on March 7, 2011 by versaillesgossip, before and after Francis Ponge 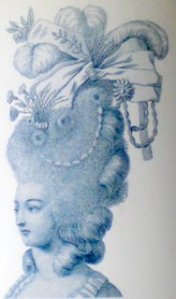 One of the positive influences of the last Queen of Versailles on the world of fashion was a gradual simplification of the beauty products. Her major innovation was the use of simple lemon water and no make-up whatsoever. This idea did not come to her right away. In the early years of her reign, just like under Louis XV and Louis XIV, women were extremely toxic: the so-called Spanish mascara, the white paste with which they covered themselves, was lead-based; as for the lipstick, it contained arsenic! some women even swallowed this poison to attain the unnatural pallor. Today we all know that when used over a long time and in moderation, even much stronger toxins can be ingested without killing right away, but, gentlemen, imagine kissing such a beauty, or, God forbid, getting seriously involved! 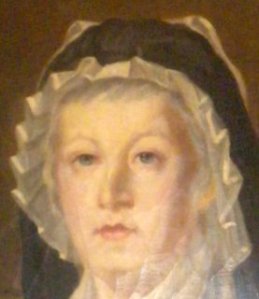 The author of the blogs Versailles Gossip and Before and After Francis Ponge, Vadim Bystritski lives and teaches in Brest France. The the three main themes of his literary endeavours are humor, the French Prose Poetry, the French XVII and XVIII Century Art and History. His writings and occasionally art has been published in a number of ezines (Eratio, Out of Nothing, Scars TV, etc). He also contributes to Pinterest where he comments on the artifiacts from the Louvre and other collections. Some of his shorter texts are in Spanish, Russian and French.
View all posts by versaillesgossip, before and after Francis Ponge →
This entry was posted in Hair at Versailles, Marie-Antoinette, Rose Bertin, Versailles Fashions. Bookmark the permalink.