A Pubic Hair of Marie-Antoinette

Posted on August 6, 2011 by versaillesgossip, before and after Francis Ponge 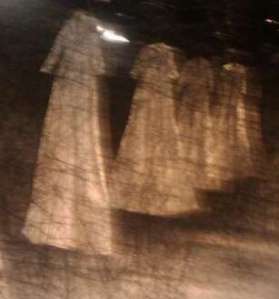 Before Samosa’s boys have left for the Bay of Pigs, he had asked them for a hair out of Fidel’s beard. By the hair of my chinny-chin-chin, the beard is an ancient phallic symbol! And so, all Samosa got was the Sandinista Revolution. All the Prosecutor at the trial of the widow of Louis XVI wanted was the former queen’s head. His desire was deemed to be unreasonable: the general opinion, which the ex-queen had shared, was that her punishment would be a public humiliation followed by deportation…. What happened? 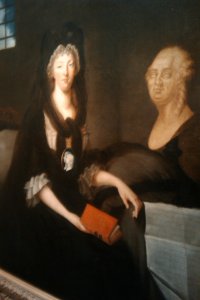 The Prosecution’s argument relied on a logic from a larger premise, which was the crime of high treason for which Marie-Antoinette’s husband, Louis XVI, had been already executed. All Hebert needed was to slip Marie-Antoinette under this premise as an instigator of the above crime; but the evidence was circumstantial at best. Knowing this, the Convention had already authorized Danton the negotiations with the former queen’s brother; and they have almost agreed on a price, roughly five million, when a sudden swing in the Convention’s opinion took place: Charlotte Corday assassinated Marat. Red on red, you would say: one French revolutionary kills the other, what does it have to do with the Austrian woman?

It has a lot to do with the role of women in the French Revolution, and by executing Marie-Antoinette, the Convention was under-scoring that. The image of vagina dentata, a dangerous monster capable of any debauchery, looms in the Prosecutor’s investigation of Louis-Charles Capet’s masturbation practices. Ah! Before even the Queen Victoria and Sigmund Freud’s birth, we knew the merging of the Victorian and Freudian thought in the courtroom: Everybody got excited! Hebert, Marie-Antoinette, the women in the courtroom to whose opinion Marie-Antoinette appealed! What is even better, the little Louis-Charles was corroborating the Prosecutor’s opinion about the inappropriate touching! Ma-ma! Off with her head, for she is preparing him to assume the role of the future monarch, while corrupting the boy’s mind sexually!

What is so exciting about human genitalia? Why is walking around naked sill a crime? A year ago I and my four-year-old were waiting for my wife at the West LA College, yea, that little shit-hole. And he was playing in the bushes. Bushes have this natural attraction for a four-year-old. Suddenly a police woman came over to tell me that there are bathrooms on campus. “I am well familiar with the campus and its bathrooms,” I said, “but nobody here needs to go there….” When falsely accused I too get excited. Then her partner came out of the car with the same idea; before too long they were both threatening me with a ticket for exposing my son in public! Son, bushes are dangerous, stay out of there! But it is not about cops, women, firearms and all the dangerous things. It is about the political dimension of a human crotch. It is about a hair out of Fidel’s beard, and another one out of the bush of Marie-Antoinette.

The author of the blogs Versailles Gossip and Before and After Francis Ponge, Vadim Bystritski lives and teaches in Brest France. The the three main themes of his literary endeavours are humor, the French Prose Poetry, the French XVII and XVIII Century Art and History. His writings and occasionally art has been published in a number of ezines (Eratio, Out of Nothing, Scars TV, etc). He also contributes to Pinterest where he comments on the artifiacts from the Louvre and other collections. Some of his shorter texts are in Spanish, Russian and French.
View all posts by versaillesgossip, before and after Francis Ponge →
This entry was posted in Louis XVI, Louis XVII, Marie-Antoinette and tagged etc, Marie-Antoinette's Hair, Samosa and Fidel. Bookmark the permalink.