Posted on July 10, 2013 by versaillesgossip, before and after Francis Ponge

He liked his kitchen garden. The Water of the Swiss was dug out by the Hundred of Swiss to drain the swamp water so things could grow. Hundreds of people died. He would bring all the foreign ambassadors and all his mistresses through this gate. His favorite vegetable was green pea, and the favorite fruit, pear. And there are people who still come here to admire the local produce. But this is not why I came here. I don’t know why I came here. 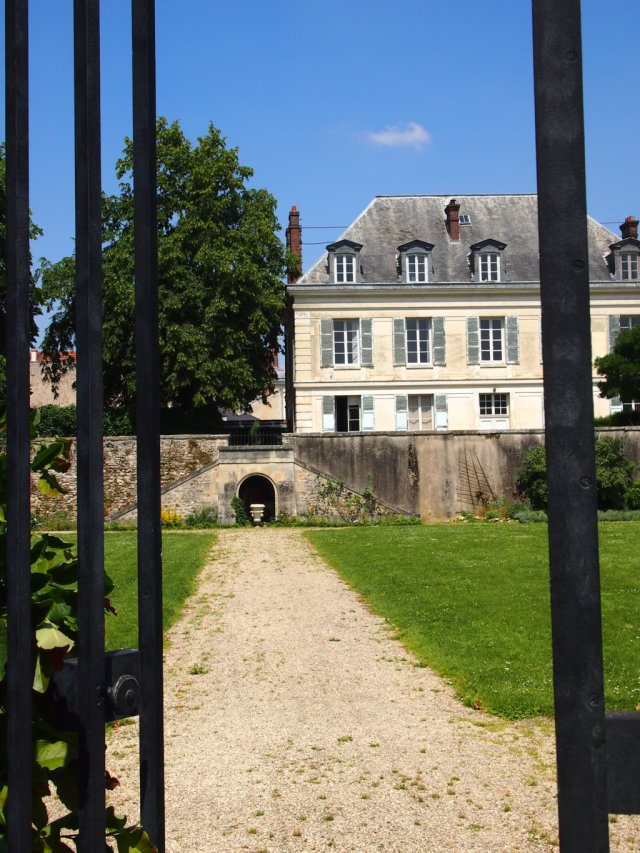 The students of horticulture, who are running this place… oh, I don’t hate them. They resemble my own students: at that age they all have the same facial expression — equally useful on the toilet and to describe the depth of feelings. Today I’ve already seen a couple of them — one took my five euros admission fee; the other is walking by, as I am preparing to doze off in the shade. I guess they are learning something. Horticulture?

They smoke; such beautiful gestures — lighting it, inhaling, exhaling — very similar to money — a little something to show for a waste of time. Smoke then. Smoke. When they smoke they are usually quiet. Even better when nobody says anything. We have already established Bon jour….They have to figure me out. I know that my presence is intrusive. So I brought a book. No, I am not leaving. Perhaps in some forty minutes I’ll go down to the vegetables and stare at a pumpkin.

The author of the blogs Versailles Gossip and Before and After Francis Ponge, Vadim Bystritski lives and teaches in Brest France. The the three main themes of his literary endeavours are humor, the French Prose Poetry, the French XVII and XVIII Century Art and History. His writings and occasionally art has been published in a number of ezines (Eratio, Out of Nothing, Scars TV, etc). He also contributes to Pinterest where he comments on the artifiacts from the Louvre and other collections. Some of his shorter texts are in Spanish, Russian and French.
View all posts by versaillesgossip, before and after Francis Ponge →
This entry was posted in Chateau Versailles, Gardens and Park, Louis XIV, The Hundred Swiss. Bookmark the permalink.

3 Responses to The King’s Kitchen Garden